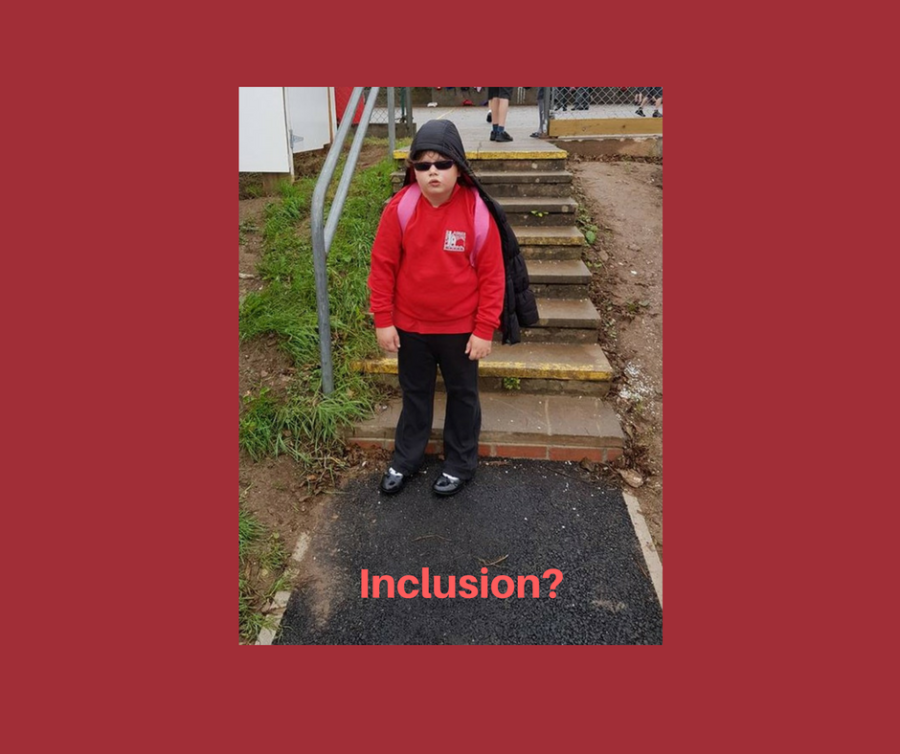 This morning I was moved to sadness to read of the distress being caused to a local child.

Millie went to the same nursery as Adam and is registered blind. She loves school, has many friends and is busy making a name for herself in  Judo, a sport she loves.

Being registered blind does not stop Millie from living life to the full!

She is “just Millie”, and she wants to be able to get on with the business of being a child.

Yet today she was told that she cannot use the playground entrance used by every other child in her school. 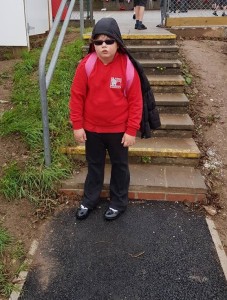 However, Millie is determined to go up the steps just like everyone else.

Yet she “isn’t supposed to” because they have been deemed “unsafe” for visually impaired people.

This hasn’t  happened suddenly – the steps have been this way a long time.

All that is needed is yellow paint on the edge of the step treads! Nothing major, is it?

Why wasn’t it done last year when the yellow paint started to fade?

Why wasn’t it done during the summer holidays?

Why wasn’t it done at the weekend?

Because, despite major works happening in other areas of the school, they didn’t see inclusion as a priority.

The steps should have been sorted and Millie should be unaware that there was ever a problem with them.

Was it really easier to tell a child that they are the problem?  Because that is what they have done.

It may not seem like much to you, but imagine how it feels to be a visually impaired child. Imagine how it would feel to be told that you can’t go somewhere that everyone else can. They told her that she can’t go this way because she can’t see properly.

Would your child be okay with being singled out like this?

Don’t make Millie feel that she is a problem.

The steps are the problem here, not the child!

So fix the problem, don’t just tell a child to avoid an area of the school.
Besides, these steps are surely unsafe for a lot of people?

Inclusion is about so much more than just being in the room.

It is hard to comprehend how a school can be so unable to think ahead to solve issues before they affect a child. Especially when that child has been a pupil for several years.

I know that this is just one issue of many that the family have faced in order to ensure that their child receives the education she deserves. The others are not mine to share. This family don’t usually share their difficulties but they need this to stop.

Her parents have done so much to build her confidence and to enable her but things like this cause so much harm to a child’s self esteem.

We all need to stand up for inclusion and say no to sneaky segregation.

When  a school Head thinks this is okay,  what else are they not doing properly?