Has alcohol ever talked you into buying something online?

Friends all know that I am a lightweight when it comes to alcohol.  I have no idea how people drink 2 bottles of wine of an evening yet still manage to speak actual words. After a glass I am a bit merry, by one and a half I can no longer type and at two glasses I am ready to sleep.

But back in October 2013 I had a glass or two of wine whilst browsing online. Somehow, the adrenaline of a difficult time in my life must have pushed me through the merry/asleep barrier and I was still able to type. Then I went to sleep.

I woke up fine with absolutely no idea of how I had felt the night before or what I had done. Lucky me!

Then a few days later a parcel arrived…

As I opened it I was filled with the memory of the tears I had cried that night, of the sadness which had overwhelmed me and of the hope I had placed on what I had truly believed, in that moment, to be THE cure for all my son’s difficulties.

Somehow, if only I bought this ukulele my son would learn to play it and all his physical disabilities, health problems and learning difficulties would disappear. It had felt so real at the time and I sobbed once again as I relived that moment where I believed things could get magically better for him. At that point I knew I had been typing through streaming tears that night too.

I remembered so clearly how I had convinced myself that this was all we needed. I saw once again the easy future I had seen for him. It seems silly to say it now, but sometimes you need to believe in something.

I know that there is no “cure” out there – we don’t even have a diagnosis to explain all his difficulties. I do sometimes feel alone in wishing things could be easier for him.

I often read posts on social media from other parents of  disabled children who say that they would not change anything about their child, they would not want to take away their disability because it is a part of who they are. I respect their thoughts and opinions. We all lead different lives.

But I would take away my son’s troubles if I could.

Would taking away his physical pain from dislocated joints change who he is?

Would waving a magic wand to fix his scoliosis change his personality? Or would it just spare him another painful surgical procedure? 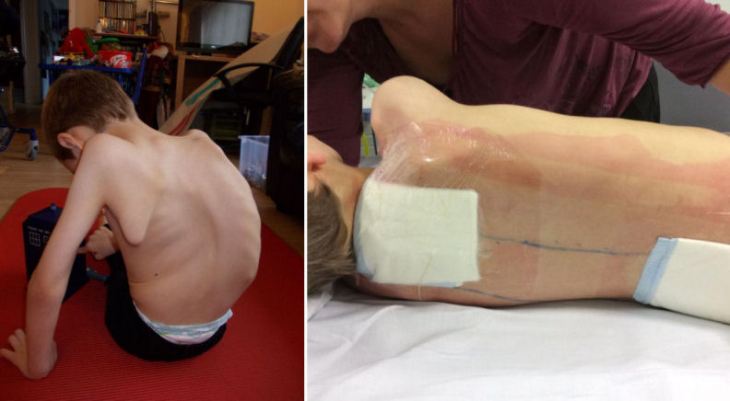 I would use that same magic wand on all his joints, his osteoporotic bones, the weak lung and his tiny feet which have not grown since he was one year old. He will still be Adam, he will just be spared a lot of pain! 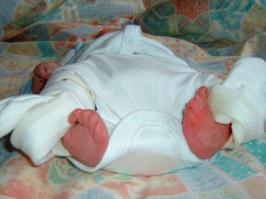 Autism stops him from enjoying games, playing with others and being touched, among other things. Not having autism wouldn’t change who he is but it would make it easier for him to enjoy the life he wants to live.

Sometimes he crumbles before my eyes because he cannot make sense of things.

Would easing his learning disabilities change his personality? I doubt it. He is who he is inside. He wishes he could remember things and understand things. He would rather not feel so upset at everyday things and even things he sees on cartoons.

Is my ability to sit unaided, stand and walk what makes me “me”? I don’t think so.

Adam is so much more than the sum of his parts. He is a wonderful child and would still be wonderful if his life was not so painful. 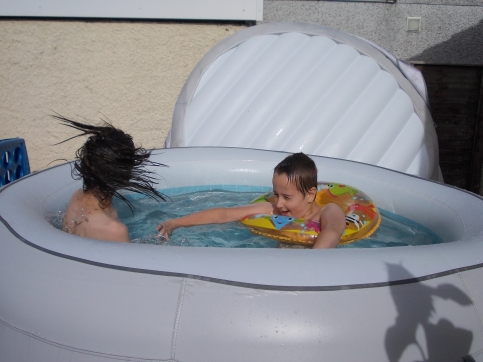 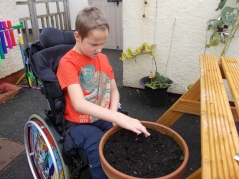 I wish the ukulele had done the job it promised on the night I was filled with sweet red wine.

I wish it had been the magical cure.

Not for me, because I love every part of him and feel blessed to have him. I am so glad that he is my son. He is wonderful and he truly is one of the most amazing people I have ever met. I love him, just as he is.

I wish it for him because he wishes his life could be easier. I wish his life did not have so much physical or emotional pain. I wish his future could be less scary, for us both, because at 10 years old he is already worrying. He doesn’t want his body to hurt.

His physical difficulties mean he cannot use a toilet unless there is a hoist and a changing bench in the same room. There are so few Changing Places toilet facilities. I don’t have a magic wand so I am trying hard to change the world instead, to make it more accessible for him. Until I can do that, he is restricted in where he can go and how long he can stay out for. If he could only stand for a few moments…

Even though I can’t play that ukulele, I cannot get rid of it.

Somehow it is my symbol of hope.

Giving it away would be giving away my hope.

So I keep it, and I keep hoping.