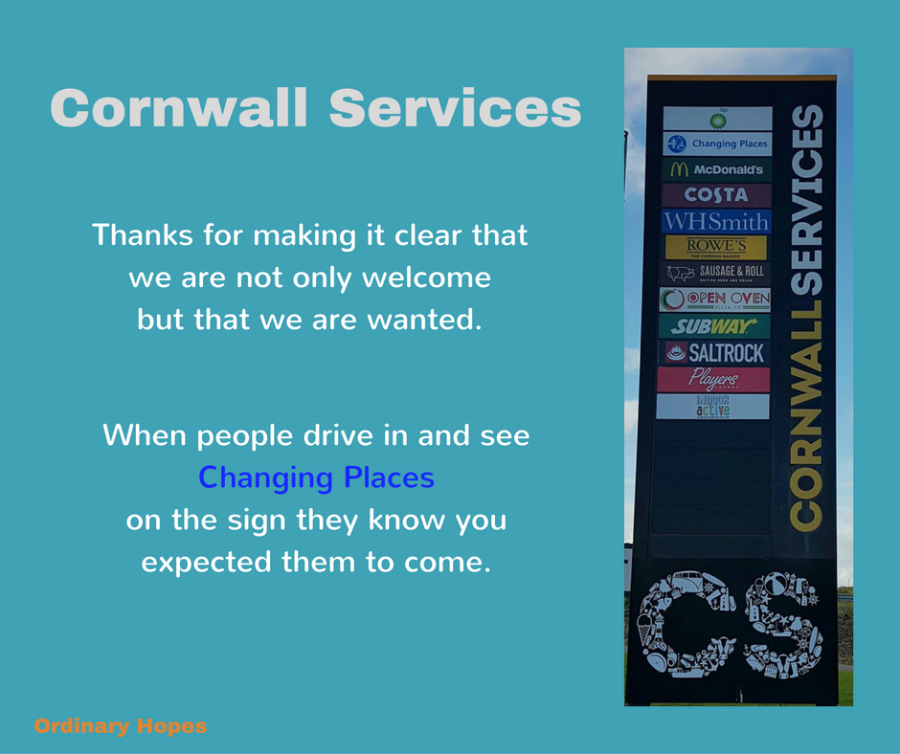 Remember when you had a baby or toddler and sometimes had some funny looks sent your way?

Like you shouldn’t still eat out in a restaurant? Or try to shop for new clothes with a pushchair? 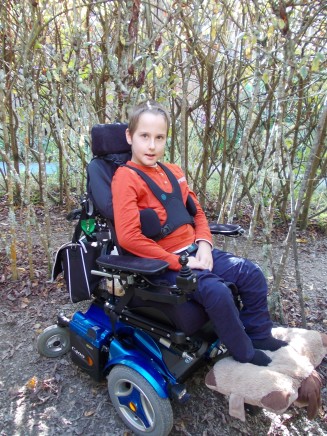 Not everyone welcomes you.

Sometimes it is in the first expression.

Sometimes it becomes obvious when you ask for something to be moved to enable you to access a table, or if you ask for a different table because the legs on this one are not spaced far enough to get the wheelchair in close enough.

Then it really shows when you explain that you couldn’t use the “disabled toilet” because it wasn’t big enough. If “nobody else has complained” then I must just be being awkward.

And when you ask them to consider changing their facilities to include something extra, that is when it can hit you squarely that they don’t really want you at all.

At Cornwall Services though, it was different. As soon as they knew that some people need a toilet facility with a changing bench and ceiling hoist, they wanted to do it.

So they did. And they have been rightly proud of it.

It isn’t the largest one, but it is making a massive difference.

In just 4 months they have had over 100 families who have told them that the only reason they stopped there was because they knew that they could, just because of that toilet with a changing bench and ceiling hoist. Two pieces of equipment have made such a difference to so many.

We popped in this week and were thrilled to see that they have added the Changing Places sign to the totems outside.

The manager realises that these facilities are not everywhere and he now knows how many people were previously not coming in because they had no expectation that they would be wanted and provided for. So he made sure that people know it is there as soon as they arrive.

It is. Yet I also feel a little bit sad that we have such amazement. Do you feel excitement when there are toilets at a service station? Or do you just expect that they will be there?

The reaction of Alex Lawson (Manager) and the rest of the management team at Cornwall Services should be the standard. No person should feel that they don’t matter, just because they need two pieces of equipment to enable them to use the toilet.

I love seeing this sign each time we leave.

Because I know they mean it.

They are glad that we stopped by and they really do want to see us again.

I wish more places wanted us.

19 thoughts on “The Wanted”