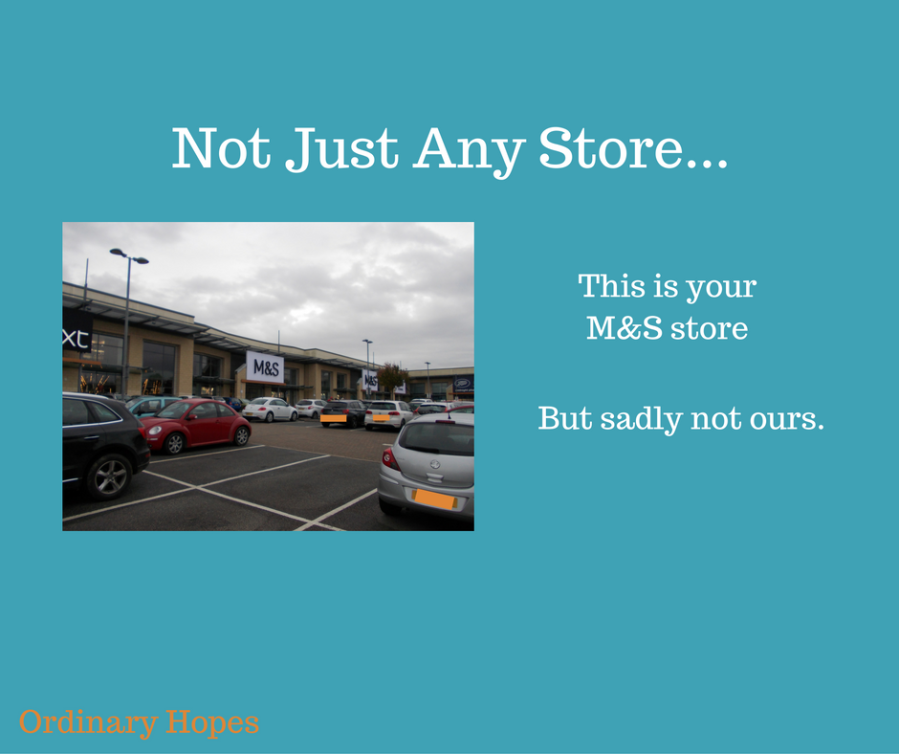 Do you associate Marks and Spencer’s with excellence?

Perhaps as a compassionate brand?

Marks and Spencer is a favourite high street brand for many and it was first choice for us when we needed some clothes. Adam needed a new coat, I needed some underwear and we wanted to pick up a few treats for dinner.

We know we are stuck for time when we go out, because very few places have adequate toilet facilities for Adam so we have to think about distance, parking and proximity to other shops we might wish to visit. So we opted for Hayle, a retail park where we could park outside and which had the added bonus of being next to Boots the Chemist as we needed some medical things too.

Adam was very excited. He enjoys shopping and he is brilliant company.

We had a quick look around to get some ideas. I saw a gorgeous coat which I would have liked to try on but I knew we didn’t have time to do anything extra.

We had a quick check of the toilets, just in case there might be a pleasant surprise, after all, this was Marks & Spencer!

Sadly, there was no pleasant surprise for Adam.

The store have really tried though. There are two toilets with a wheelchair logo on the door. Yet, in both, I was glad we had not brought the powered wheelchair. With the powerchair we would have struggled to get in and turn. A powered wheelchair user would probably need to reverse in or they would struggle to get in the space beside the toilet.

Next door to one of them is a baby changing room which appeared to be larger than the “disabling toilet”. 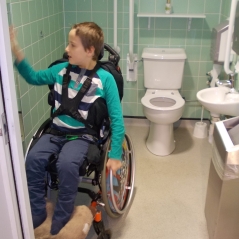 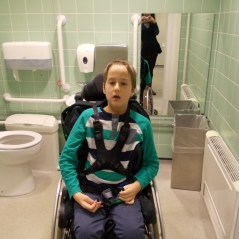 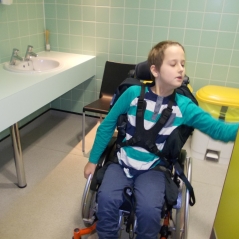 He doesn’t  want to be somewhere when he doesn’t  feel wanted. So I had to accept that neither of us would be trying on clothes but I did need a few things for dinner.

By the time we had shopped Adam did need the toilet. So we had to travel 6.3 miles to the nearest one, despite being at a retail park where there was a store with a sizeable café and a duty to provide toilets.

Should that duty extend to all?

Do you want it to extend to you?

I came home and decided to write to the store to ask if they would consider it but had an online search first as I remembered reading something from Mum On A Mission about her efforts to enlighten a few big stores in this country and you can read her very detailed communications with them HERE.

Maybe they will listen to Adam. He wanted to make a little video so that he could tell the big bosses at Marks & Spencer what is needed.

His speech might not be clear to all, as he was a little upset to feel so unwelcome, so I will offer a brief summary of his words.

He starts off by saying that we should go home as we have a good toilet at home. He can’t use this one because it is too small and only for babies. It needs a hoist and a bench.

If it had a bench and a hoist it would be a brilliant M&S toilet.

Maybe they will listen to a ten year old child?

Surely no great British retailer would want to know that they had made even one person feel like they don’t matter? This child represents hundreds of thousands of people who need the facilities provided in a hoist assisted toilet?

Cornwall Services did it just because one child asked. Take a look at theirs. It isn’t huge and it didn’t cost the earth but it means the world to many. Wouldn’t it be nice to bring smiles like this instead? 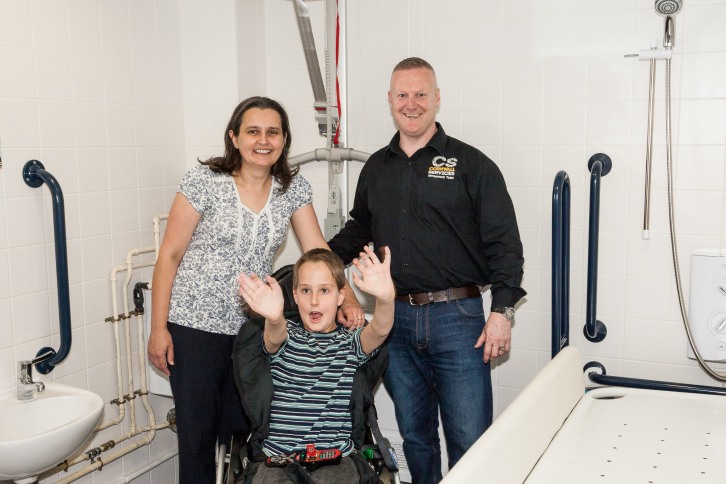 Being shown that he matters.

4 thoughts on “The Marks & Spencer visit.”