Christmas shopping in the city centre has always been something I looked forward to. As a child it was a big treat to stay up late, go to Truro in the dark and see all the beautiful lights.

But I don’t take my son because it isn’t fair to take him.

To get a parking space on late night shopping evenings you have to get there early, which means we would have to leave before the lights come on. Just because Truro has no fully accessible toilet facilities. 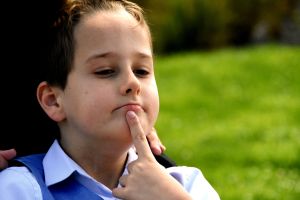 A short while ago a local newspaper published an article which stated that Truro had 43 coffee shops.

I read it as 43 coffee shops where an able bodied person like me can use a toilet in Truro.

Which led me to wonder how many other places I can “go”.

Turns out that there are a lot and counting them all would take an age.

At least 10 pubs in the City Centre, so at least 10 more toilets I can use.

At least 20 places which would term themselves as restaurants, so at least 20 more places where I can use a toilet.

Then places like the museum, theatre, cinema, cathedral, bowling arcade, hairdressers and nightclubs which all provide toilets for me, an able bodied person.

If each of these places just had 1 toilet each, that is 80. Most will have at least two (usually gender specific) toilets. The theatre alone has at least 20 female toilets, I have not been in the gents so can’t comment on those!

There are also public toilets in two areas of the town.

So at least 100 toilets I can use as an able-bodied woman. The real total is much higher because I know that many of the restaurants and pubs have more than one toilet and I have only counted places within the main shopping area.

What makes me important enough?

Then I thought about how this would play out nationwide.

In the whole of the UK there are currently less than 900 toilets my son can use – just because he needs a toilet with a hoist and bench. You might think that sounds a lot, but they are spread over the entire country and not all are in great positions.

Now consider that there are 2,618 toilets in Wembley Stadium alone. (I would like to add that one of those is a Changing Places toilet!)

Does that offer a little perspective?

2,618 toilets in one football stadium, yet less than 900 toilets for people with significant physical disabilities across the entire country! Suddenly 900 seems like a small number, doesn’t it?

The Changing Places Twitter page put out a Tweet today asking people to join the “fight for #incLOOsion”. I used to love the determination of that sentence but now it just makes me feel sad.

Because we should not have to!

People should not be “fighting” to be included in the everyday parts of life.

A simple trip to the shops, a visit to the cinema, a meal out…

Without participation we simply do not have an inclusive society.

And that should make us all sad.