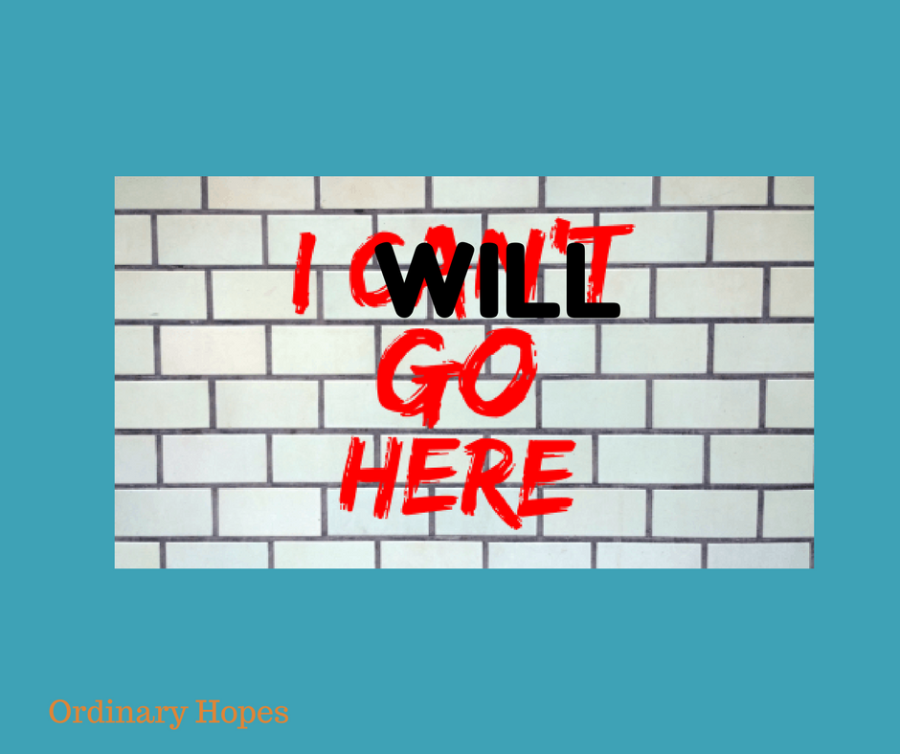 Recently I heard a suggestion that I had “forced” a local theatre into agreeing to include a Changing Places toilet as part of an £18.3million refurbishment project.

They are gutting the place, increasing the number of seats as well as the number of spaces for wheelchair users, purchasing new equipment and probably buying new artwork for the walls but they didn’t really want to install a toilet which they had been told makes the difference to whether some people can visit at all.

Grant money from many organisations, including the local council, will be used to fund the enormous planned works.

I asked, I pleaded, I attended a meeting where they were asking for people to identify the barriers faced by local families to attend the theatre and I added to the consultation information.

I wrote a heartfelt open letter to them.

I cried. I lost sleep. I felt awful.

Eventually they said that they did plan to include one.
But it didn’t feel like a “victory”.

It was a battle which should not have been needed.
This was about inclusion and equality.
They should have wanted to be as accessible as possible.

Another local mum has asked them again recently and had a non-committal response. So I sent an e-mail asking for an update, hoping for them to simply say that whenever the refurbishment happens, a Changing Places toilet will be part of the plan.

“There is still no news as to whether the redevelopment will go ahead and at the moment, we are programmed through until March 2018.

We are still awaiting some major funding decisions before we move to the next stages of the project.

As soon as we have a clear timeline, I will ensure that I let you know and as originally discussed, we will be wanting to invite you and other access groups in for further discussion.”

They know it is needed. They know that people are excluded without it.

I will attend discussions and I will make my point very clearly.
But I will not lose any more sleep over it.
I will not cry any more tears over it.
And I will not feel bad for any of it.

My son and I love the theatre and we look forward to it being refurbished.
I will book tickets when they open.

If my son cannot use a toilet once there, we will simply use the Equality Act.

These facilities are already recommended in the building standards for this type of development. The recent report from the Women and Equalities Committee recommended that they be made mandatory.

I am done with pleading for inclusion.

This is my fight song!