When national tragedies happen it sometimes makes many disability campaigners question whether they should pause in what they are doing for a while.

Is the need for accessible toilets something I should still be pushing when so many have been injured or lost loved ones?

But tragic events will keep happening and we should remember that they affect disabled people too.

A friend of mine, Laura Ramsden, is a powered wheelchair user and was in the audience at the Ariana Grande concert in Manchester on May 22nd. She was with her 14 year old niece and her niece’s 14 year old friend.

She was the responsible adult but ended up trapped inside the building whilst two young teenage girls were taken outside to an unknown scenario.

She was one of the last people out of the building after some brave people carried her out and then went back in to carry her powered wheelchair down the stairs.

Being separated from the children she was responsible for must have been terrifying. They had heard a band, smelled terrible smells and heard horrifying screams.

She didn’t know what was happening to the children outside and they didn’t know if Laura was safe.

Her niece says it was almost 45 minutes that they were separated.
For Laura, it felt like a lifetime.

As I watched the news I was thinking of my own children. My teenage son had recently travelled to London with his girlfriend for a concert and there were probably teenagers in Manchester who had done similar. My younger son is a full time wheelchair user and I thought about the extra difficulties in getting him out of a venue like that.

When Laura left home that day, she wasn’t a disabled woman going to a concert, she was just a funky auntie making her niece very happy! Yet the bomb and the evacuation process made her feel vulnerable.

She is keen to work with the arena to improve the evacuation process in the future. Evacuation chairs could be near the doors so that it is easier to get powered wheelchair users out. She had had to find stewards to get her out and there did not appear to be a plan set up and ready to enact.

Yet despite her wish to work with them to improve things, her confidence has been affected.

This event must not take away her independence.
The right equipment will enable her to be independent and to feel safe.
But she will have to fund it herself.
So until she can, her confidence will continue to be affected.

A few days after the bomb Laura shared a post on social media to her niece.

It sent shivers down my spine as I realised how different things could have been.

And I am in awe of her positive attitude.

We must all keep trying to make things better, in whatever areas of life we are passionate about.

For me, my passion is not “disability issues” but “people issues”.
Any of us could find ourselves affected in the future.

So I will keep sharing our stories and those of my friends.

And we must keep trying to improve things for the future of us all. 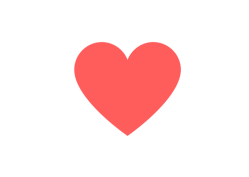 Laura does a lot of fundraising for others and has battled hard for life changing SDR surgery for herself. She has had very little therapy support though and has made most of it happen herself.

She missed out on getting the free tickets offered to the memorial concert, and it seems likely that it was due to her needing a wheelchair space. Some would have loudly complained but Laura did a fundraising event and helped raise money for those injured in the bombing.

I am very proud to call her my friend.

18 thoughts on “Is it okay to share “disability issues” after so many tragic events?”